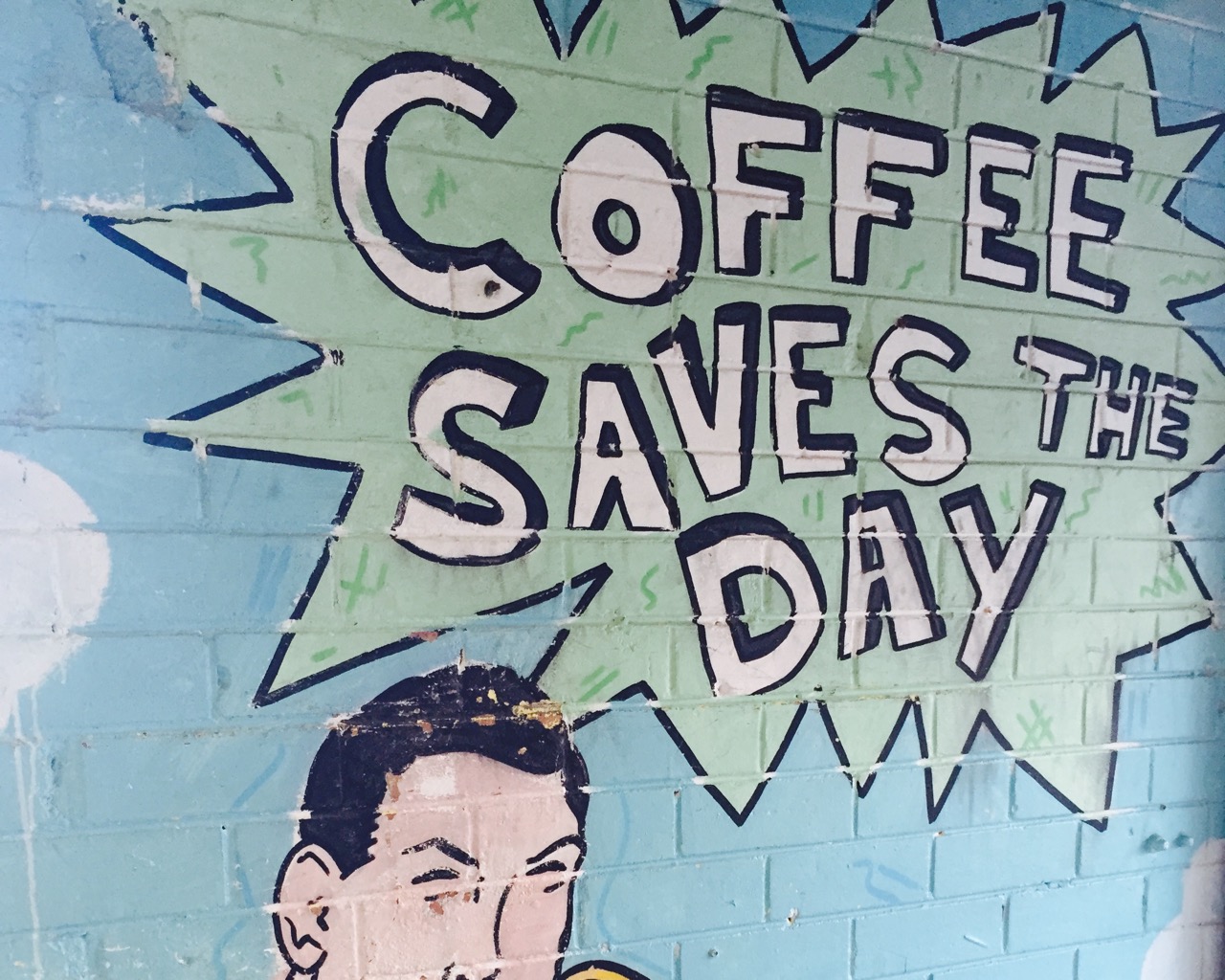 I fell off a lot yesterday. I have legs like tree trunks, still, 20 years after I stopped cycling like I used to.  I have really strong legs.  But of course legs aren’t enough.  What counts as much as strong legs in my opinion is a strong core… which I don’t have.  At all.  Being able to lift, hop, move the bike around and ride out of the saddle is just as important as being able to crank away.  So… as a result, I fell off.  A lot.

After stretching out all the knots from sleeping in the car the night before, I found this place called the Redhead Beach Cafe about 15km south of Newcastle, owned by a person who just may be more of a morning person than me! Sandra was a blast and burbled away at me the whole time she was making coffee.  I guess you would be hard pressed not to be happy with a morning view like this.

Aaaaand this… I got a coffee and a croissant and sat on the beach and watched surfers freezing their arses off to catch a morning wave.  I also had a shower.  A cold shower.  A really fucking cold shower.

There are two things that potentially will bother me the most when I’m travelling.  One is access to a decent toilet when I need it and the other is getting a hot shower.  I hate cold water.  Seriously hate it.  If I ever have to have a cold shower I spend the entire time gasping and whinging and preparing for my inevitable death by hypothermia.  I also struggle to swim in cold water.  I can do “somewhat” cold.  A friend and I once swam in the ocean off Wilsons Promontory.  This is basically in Bass Strait.  It was winter.  I was naked.  That was about a year ago.  I’m still cold.  If a shark had eaten me while I was in the water.  It would have been a welcome death.  I hope I get used to cold showers and cold water but I doubt it.  I think I’ll remain a bit of a sook forever more.

So you want to know the part where I fall off a lot.  You don’t really care about the coffee or the view or the cold water experience.  Get to the juicy bit. Fine.

So I went to this spot called Glenrock State Conservation Park which is a combination of single trail, walking tracks and paved bike/pedestrian paths.  I swapped out the commuter pedals for clip-ins, stuck on my backpack, drank a heap of water and went at it and promptly fell off about 2 minutes later as I hit the first decent lump on the single trail.  Fine.  Get back on.  Ride.  Fall off over a rock.  Fine.  Get back on ride for about five minutes.  Doing ok.  Steep hill.  Crank, crank, crank. No more petrol in the tank.  Stop. Have a major stack, scraping both elbows, banging my knee and stretching something between my legs that will probably hurt for days. I arrived at the top of a hill, panting, cranky and wondering why the hell I even ride a pushbike in the first place.  Given that I’ve now used up all of my energy just getting on an off the bike in what’s actually a really easy set of trails I opt for the bike path.  I rip back down the hill and get cranking along for a bit, recovering my energy and feeling better.  I scarf a little lunch on the side of the path, looking all cool and sophisticated eating my scroggin and drinking from my water bottle while blood seeps out of my elbows and my groin aches in unwanted ways.

Anyhow. For what it’s worth, here’s my Strava map.  I covered 11km.  Most of them while horizontal.